106 The Age of Racing: They jump as one ... The field breaks for the 1997 Caulfield Cup. And 2400metres later, Might And Power had not only won by 7.5 lengths, but set a record of two minutes 26.2 seconds. He was, said some, the most exciting stayer in the world, and his subsequent performances gave more credence to the claim. Among the wins that followed were the Melbourne Cup, also in 1997, and the Cox Plate, in 1998..Picture: Craig Sillitoe..fairfaxphotos.com melbourne photographers, commercial photographers, industrial photographers, corporate photographer, architectural photographers, This photograph can be used for non commercial uses with attribution. Credit: Craig Sillitoe Photography / http://www.csillitoe.com

It is protected under the Creative Commons Attribution-NonCommercial-ShareAlike 4.0 International License. To view a copy of this license, visit http://creativecommons.org/licenses/by-nc-sa/4.0/. 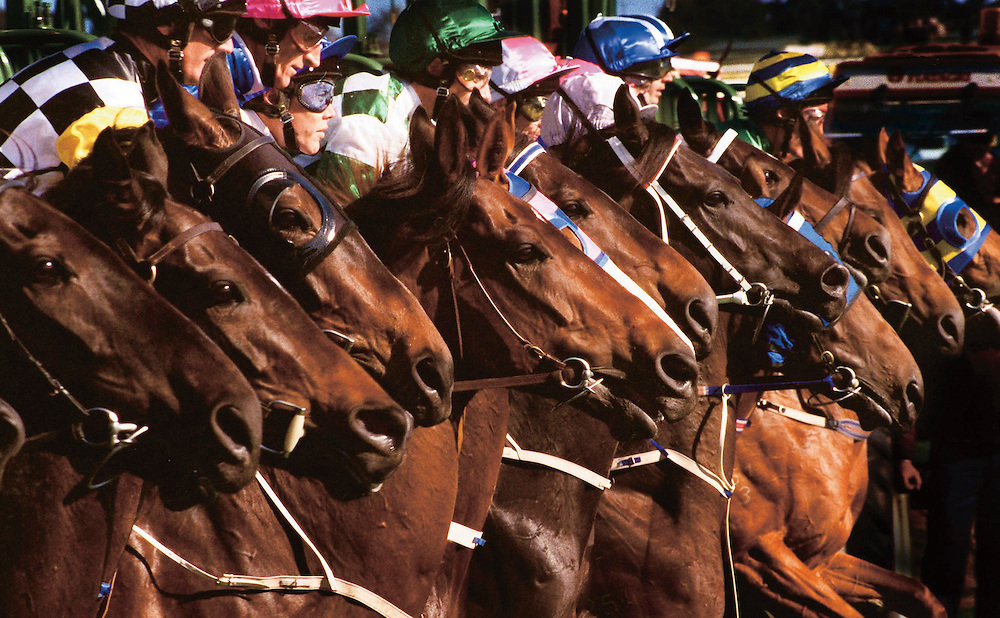